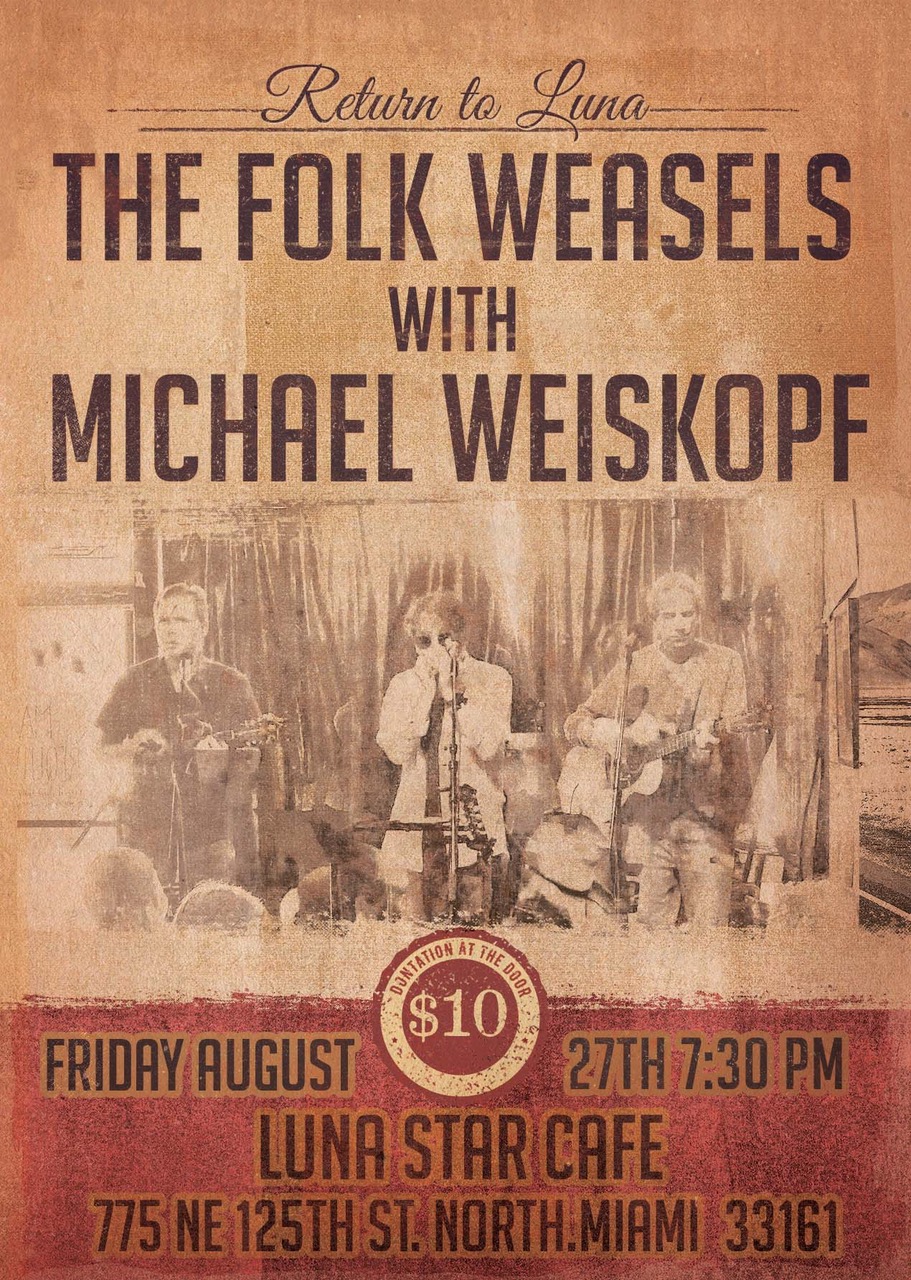 Tony Vitale is a guitarist originating from New York City. He played clubs and venues in NYC for years before coming to Florida. Tony plays a diverse blend of folk songs from Bob Dylan, John Prine, Townes Van Zandt to the Bee Gees.

Wes Malkin a multi-instrumentalist on mandolin, guitar, banjo, and trumpet. Wes grew up in the Washington DC area before moving to Wisconsin where he played festivals and appeared on the Prairie Home Companion radio show with Garrison Keillor. Wes came to Florida in the early 80’s and has continued to play with bands such as Jabberwocky, Valerie C. Wisecracker and the Walking Catfish, The Hot Java Band, Amy Arlo and the Almost Blue Band, Sarah Jacobs Trio, Derelict Daughter and many others.

MICHAEL WEISKOPF
Coming of age in the 60s was a lucky break. It was a turbulent time that was transformational not only to my world view but also in lifting the gates on the limitations and fears on which many of us were raised. For me, the music of the time was the doorway to my liberation. It began with access to R&B, the Motown explosion, and then the Folk world which was expressed in the voices of Bob Dylan, Dave Van Ronk, Lightening Hopkins, John Lee Hooker, Jack Elliott, Phil Ochs, Tom Rush, Joan Baez. The marriage of Country to Blues to Folk and ultimately Rock and the “British Invasion” made those who tried to define popular music by segment seem out of touch. As these definitions began to blur, so did the barriers between people begin to break down. It was a time of turbulent change that tore down the laws that permitted segregation, dared us to challenge convention, and forced us to question a government that pursued a war which seemed wrong to many of us being told that we had to fight it. I was never content to just listen; I wanted to learn how to express myself with music as my language.

In addition to my solo work, I am the lead singer of The Complete Unknowns, a band that celebrates the catalog of Bob Dylan. Virtuoso guitarist Randolph Hudson III is a co-founder of the band, and we have been performing for the past five years. I have also been a member of The Lost Keys and The Psychedelic Summer. Both bands celebrate the music of the 60s.